Immigrants in Estonia: a risk assessment to involve the key group into HIV and co-infections services

Migration  affects  the  epidemiology  of  infectious  diseases,  including  HIV,  tuberculosis  (TB)  and viral  hepatitis. For  example,  44%  of  those diagnosed  with  HIV  in the  European  Union/European Economic Area in 2019 were migrants. Migrants face barriers to accessing and adhering to care, including low self-perceived risk of TB, stigma, and fear of discrimination at health services. This should be considered in the provision of services. In 2020, more than 16,000 people immigrated to Estonia. So far, migrants have played almost no role in Estonian HIV epidemic as well as in the burden of co-infections. The aim of the study was to assess the risk-behaviors related to HIV and co-infections among different sub-populations of migrants in Estonia as well as map their needs and identify the gaps in existing prevention, social and health care services.

Twenty-two in-depth semi-structured interviews with representatives of different subgroups of migrants and three interviews with specialists working with migrants were conducted. The focus wasnon  newly  arrived  migrants  (in  the  last  three  years)  to  study  how  people  are adapting in Estonia  in  the  context  of  public  health.  Different  groups  of  migrants  were  aimed  to  recruit, including  vulnerable  populations  (illegally  working  people,  men  having  sex  with  men  (MSM), people living with HIV).

Other  migrants,  non-governmental  diaspora  organizations  and  family members  both  in  Estonia and  abroad  were  mentioned  to  be  the  most  important  sources  of  support.  egarding  access  to health services, several misconceptions and lack of information about what is available and who could  access  the  services  emerged  as  problematic  issues.  The  main  hindrance  for  accessing health care was related to the status — illegal immigrants and people with no residency permit had no access. Illegal migrants were also afraid of the consequences and loss of confidentiality in case of asking any medical help. Participants also reported similar problems with health care services as Estonian general population — long waiting lists, high prices (especially dental care), not attentive medical personnel. Language and cultural issues were mentioned several times — even  it  Tallinn  had  been  difficult  to  find  a  doctor  who  spoke  English  or  Russian  and  medical personnel was not used to communicate with people with other cultural backgrounds. Participants also reported difficulties in accessing birth control measures as well as condoms. Most  of  the  participants  were  aware  of  HIV  and  tuberculosis  and  had  been  tested  during  their lifetime.  Testing  during  their  stay  in  Estonia  was  limited,  especially  tuberculosis  screening.  All four HIV-positive participants received free ARV therapy and had no complaints about the system. Most MSM migrants (n = 9) had not heard about pre-exposure prophylaxis of HIV and only a few had  used  it  in  Estonia.  The  system  for  providing  pre-exposure  prophylaxis  was  considered complicated. In the context of vaccination, influenza was the most frequently mentioned (at the time of data collection, vaccination against COVID-19 was not widely available). Two thirds of the respondents said that no one in Estonia had ever offered them to be vaccinated.

In  conclusion,  people  newly  arriving  to  Estonia  highlighted  the  gaps  in  Estonian  health  system which also local people are not satisfied with. But they also experienced unique issues related to their  status.  In  the  near  future,  education  and  information  for  the  specialists  working  with migrants and asylum  seekers  in  a variety  of  organizations should  be  provided.  Information and educational  programs  for  the  migrants  should  be  culturally  appropriate  and  tailored  to  their needs. Reduction of stigma and enforcing human rights is essential in order to meet the needs of people. From public health point of view, it is necessary to provide basic health services for illegal undocumented migrants, including making sure they receive care for communicable diseases as early as possible. This is especially important in the light of COVID-pandemic. Migrants themselves  can  serve  as  a  significant  human  resource  for  HIV  service  organizations,  and  their involvement  as  volunteers  would  contribute  to  a  more  successful  prevention  of  HIV  and  co-infections. 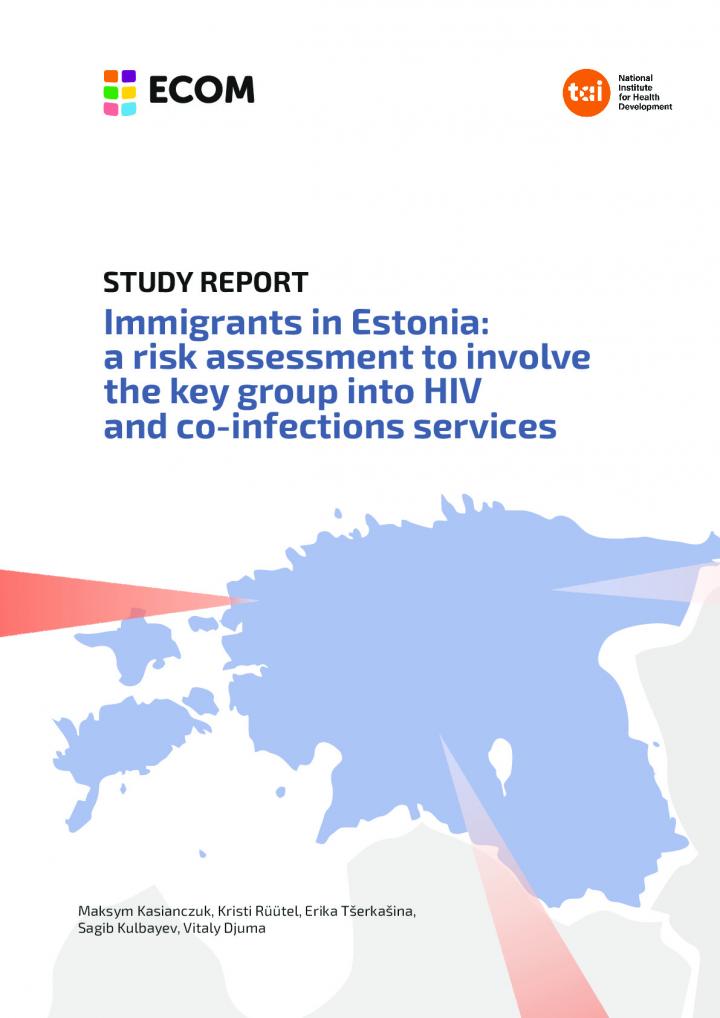 We are working to make our new webpage available in English language. Until then you will be redirected to the old version.